A few weeks after our move Levi and I packed up the car for a 3-day adventure. As part of our “let’s move in the middle of the school year” decision Ordell and I decided that we would take Levi back to participate in his class field trip. It was a big deal for him and not a huge sacrifice for me.

Of course, as you coaches’ wives know a spring field trip isn’t something a coach is going to be able to easily take time off to attend. The fact that this was a 3-day trip in the middle of the week meant that I’d be the one heading to Pigeon Forge with Levi. And that was fine with me!

I can’t remember the last time I had the opportunity to spend 3 days alone with my youngest son. I really think the last time was the “bonus” time we spent in the hospital waiting to see if my liver would rupture after he was born. Eight hours in the car each way with a very busy day sandwiched in-between isn’t likely a vacation either of us would choose, but we were excited to head to a place neither of us had visited and to see some friends we left behind.

I cashed in hotel points, and away we went. Along the way I learned a few things about my baby and confirmed a few I’d already known:

Levi likes coffee. Not only did he want the same drink I ordered for myself from Starbucks but chose coffee in the morning at our hotel as well. (Decaf and doctored up)

Levi is loved by his classmates. I knew this, but it was fun to see him welcomed back after a few weeks. The teachers and parents also mentioned how good it was to see us. 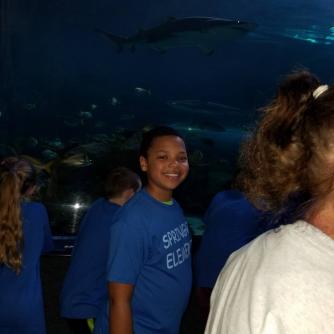 This kid is courageous. He didn’t even blink about rock climbing or scaling high balance beams at WonderWorks. He also loves him some southern food. Chick-Fil-A, Chicken and Dumplings at Cracker Barrel, and sweet tea were all requests at some point on our travels.

Levi is happiest when he’s with his friends or people he loves. His transition this move has been very hard and it was a relief to see him in his element again.

He’s a great traveler as long as the temperature is ok and the sun isn’t on him. This I knew, he’s been this way since birth.

Levi is not a baby anymore. There is nothing like watching your kid wander through a museum confidently to help you realize he’s growing up!

Overall, our trip was a great combination of fun and exhaustion, which was just what I’d anticipated. We both decided we’d rather head to the beach than repeat this location, but other than that I’m thankful we had a built-in reason to get away after our move. We’ve both come back to our new home a little more settled and engaged in the present. 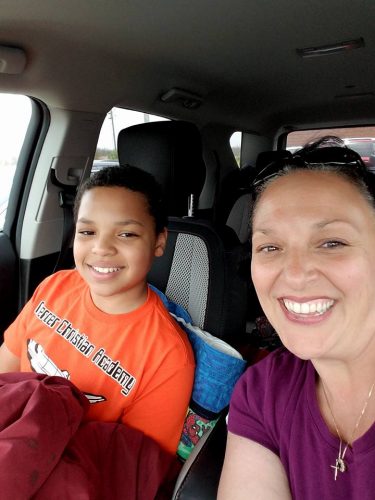 This pre-teen stage of motherhood feels like a rollercoaster some weeks, but adventures like our field trip getaway not only build awesome memories but help us both to learn more about who we are individually and together.