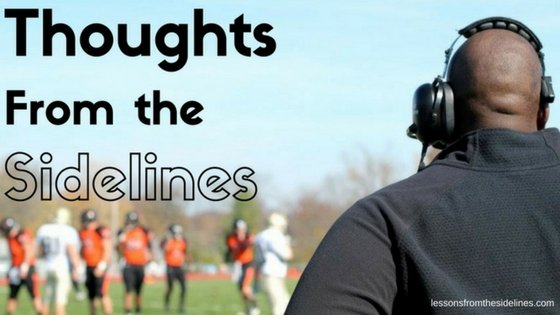 Meeting the unsung heroes of the athletic world was the goal of this documentary, and I think it was accomplished 100%.

This documentary presents interviews with several coaches’ wives. Many sports and levels are represented. Football, Basketball, and Baseball from high school through professional levels are given a chance to have a spotlight shined on them. Some of the wives had young kids still at home, others had children grown up and out of the house.

Each wife highlighted was asked the same questions and no surprisingly to me, may of the answers were the same. They discussed their efforts to keep their children around their father’s by traveling to games. Wives discussed the many hours alone handling much of life without a partner. When asked what advice they would give new wives suggestions such as get involved, be independent, and date your husband were brought up.

Carolynn Allen reminded us that we all have the same struggles at different stages. Loneliness, financial strain, hirings, and firings are a part of the coaching life. Still, as each wife spoke it was clear that everyone is doing things the best they can in their own way. That is the beauty of this documentary. Jonathan Moore did a wonderful job of highlighting both similarities and differences within each coaching family’s life journey.

Moore’s parents are featured in this documentary and for me, it was inspiring to see a couple who has been married as long as they have been, reflect on their life of coaching.

Check out this film for yourself, it’s now available on itunes, Amazon Video and more.

In exchange for an honest review, I was given the chance to watch this film for free. The opinions expressed are my own.